There can be no doubt about it, puppy power is related to that cuteness factor which leads most of us to gasp with delight when we come across a wobbly, doe-eyed, plump puppy. You only had to listen to my 6’ 3”, no-nonsense husband who seemingly overnight turned into a big softie when our over exuberant cockapoo puppy, Freya, did the doodle dash – displaying how overjoyed she was to see him – whenever he walked through the front door at the end of the day.

But why do puppies have such appeal?

It turns out the science behind it is fascinating stuff.

Ostensibly it’s a biological response; quite simply it’s in our nature to nurture defenceless creatures, whether human or otherwise. Scientists believe domestic dogs have evolved to capitalise on a natural human preference for child-like faces. A study, Human attention affects facial expressions in domestic dogs, led by Dr Bridget Waller, found that a wolf which produced child-like expressions, may have been more tolerated by humans and so modern dogs have inherited these features.

The study involved researchers using a video camera to record the facial movements of 24 dogs over a series of experiments in which a human either faced, or faced away from the dog, sometimes presenting the animal with a titbit, sometimes not.

“Dogs produced significantly more facial movements when the human was attentive than when she was not. The food, however, as a non-social but arousing stimulus, did not affect the dogs’ behaviour. The current study is therefore evidence that dogs are sensitive to the human’s attentional state when producing facial expressions, suggesting that facial expressions are not just inflexible and involuntary displays of emotional states, but rather potentially active attempts to communicate with others.”

You can read more about the study which was published online on 19 October 2017 here.

Click on the images below to read the articles 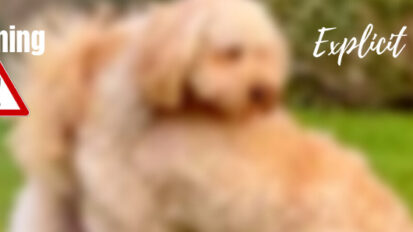 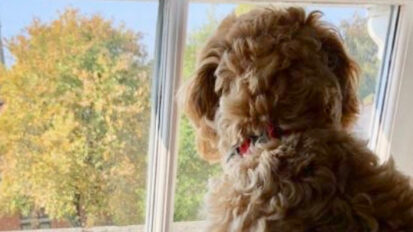 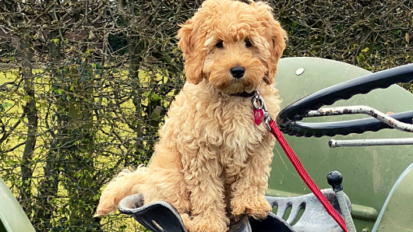 Life with a second puppy