Now a puppy’s season was a subject I definitely knew nothing about and so I’ve been fairly explicit in this blog for any other puppy novices out there who have no idea what to expect from their female charges. However, please don’t continue if you’re squeamish because what follows is the full, illustrated account of Freya’s first (and last) season.

Why on earth would I feel the need to include images of Freya’s more intimate parts? I hear you ask…well for this you can blame my lovely friend Ruth owner of Freya’s half sister, Amber. Freya is two months younger than Amber, but she came into season at six months, whereas Amber’s followed later when she was ten months. Six months is quite early for a puppy to come into season. In fact my vet asked me if I was sure she’d had the full works when I took her to be spayed a few months later, to which I replied – oh yes, the whole four weeks of works!

On reflection Freya’s season consisted of four phases with her behaviour and emotions erratic and unpredictable. There were also very visible physical changes. When I explained to Ruth that Freya’s intimate parts had tripled in size, she was keen to see her and hear about the ‘season’ experience so that she would know what to expect with Amber. Ruth’s older cockapoo, Digby, is male… so this was a first for her as well.

The first phase was lethargy and loss of appetite, and then began her body odour; this was very apparent as cockapoos don’t have the typical ‘doggy smell’. After this came the visible physical changes in her body and then other more anti-social behaviours ensued.

Day One: Lethargic went off her food and we thought it was because she was tiring of puppy kibble.

Day Four Onwards: Gradually became smelly – we realised later this was the odour of blood, although she hadn’t started bleeding at this stage. 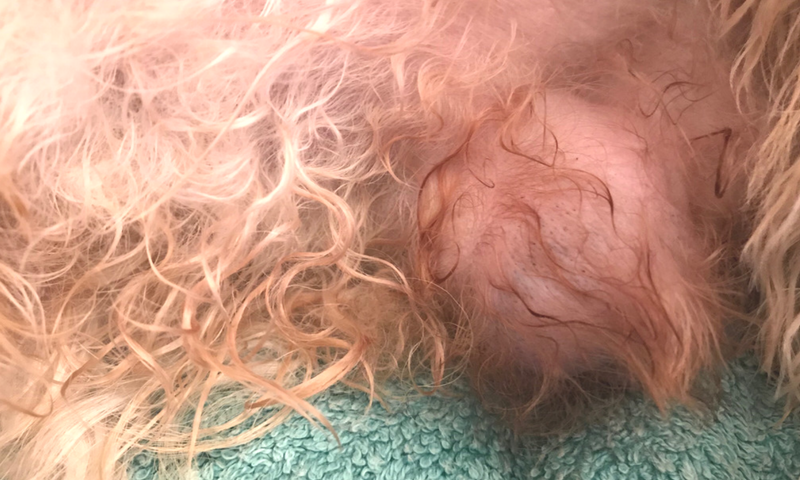 Day Eleven: Enlarged vulva – this had become very swollen to three times its normal size and began to spot blood. Her nipples also became very prominent and have remained this way ever since. 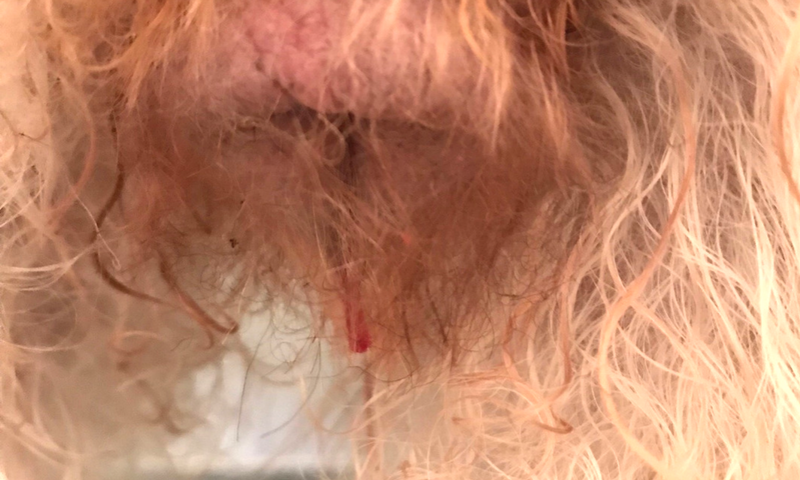 Day Thirteen: Freya began to leave wee trails like a dog during her walks.

Day Eighteen: The anti-social leg and arm humping began, primarily on men. This was totally unexpected as I thought this was a male trait, but apparently it’s related to dominance and typical female behaviour when on heat.

Day Nineteen: The vulva swelling began to go down and the blood flow stopped.

Day Twenty: Back to normal although Freya was left with a slightly larger ‘adult’ vulva and nipples.

Dog Protection While In Season 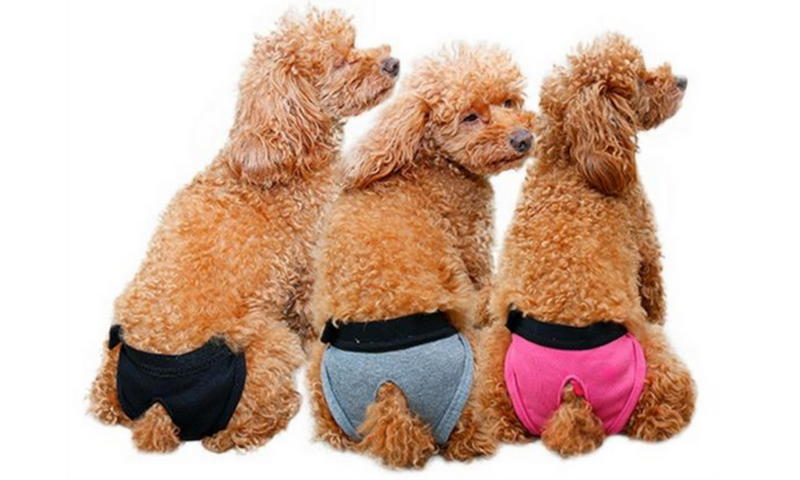 Freya was fastidious and cleaned herself throughout the bleed phase. Bleeding was minimal and there was the odd spot around the kitchen, but thankfully it was never enough to warrant buying dog pants. 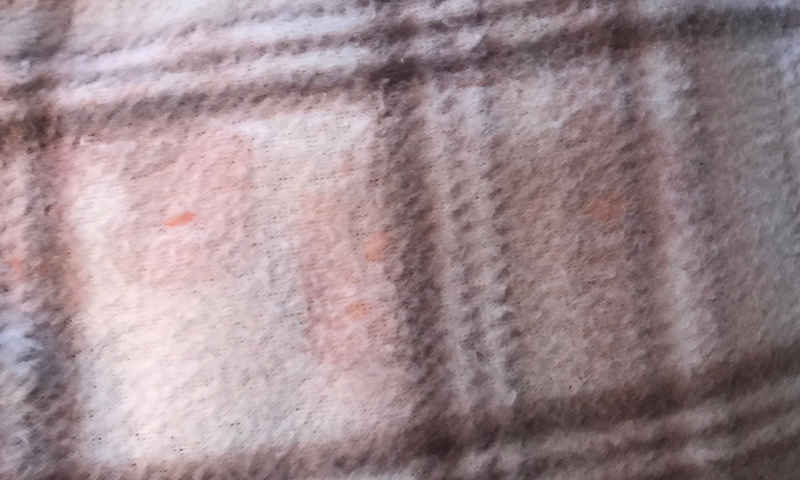 The only real time it was noticeable was on Freya’s blanket each morning. However, there was very little– the above image was taken after the bleeding had abated. I left washing it until the season was over to lessen distress.

When I took Freya out for her walk, she remained firmly on the lead and any unwanted attention from dogs – and there was only one occasion – I picked her up and carried her (bit difficult for those with larger cockapoos!). In my opinion, you can’t keep a cockapoo confined for the four weeks they are on heat; this is totally unrealistic and dog pants would certainly deter dogs, although they are no guarantee of protection from a determined dog apparently.

The difficulty for us was that Freya actually encouraged dogs by seeking their attention – urinating in order to leave her scent everywhere (counted ten times on a 30 minute walk) and since her season she has constantly encouraged dogs to pay her attention, licking their faces and then lying down and being submissive. Nightmare – hoping spaying sorts this one out!

Knowledge was power for Ruth as she knew exactly what to expect when Amber came into season a month later. However, what she didn’t anticipate was that her neutered dog, Digby, would try to mount Amber and they would become ‘tied’.

Never having encountered this before, Ruth tried to part them fearing that Digby could still impregnate her. Neither of us had any idea that a neutered dog could even have an erection! Ruth asked my opinion and I said surely in order to make sperm Digby had to have testicles, and neutering removes the testicles so logically there was no way Amber could get pregnant.

Ruth was assured by her vet that only very recently neutered dogs may still have sperm in their adrenal glands, so no there was no chance of a pregnancy. However, he also advised that parting them was the worst thing she could have done; you should never try to part a tied dog and bitch as you will cause them both physical damage. Apparently after ejaculation, the male dog’s penis stays inside the female’s vagina for about 15-30 minutes. During this time the dogs may whine and look distressed but this is normal, and there’s no need to worry.

So the moral of Ruth’s tale is if you have a male dog in the same household they should never be left unsupervised with a bitch in season as even neutered males will attempt to mate and they can become ‘tied’. Luckily all was well for Digby and Amber.

Also interesting was the fact that while Amber was leaving urine trails during lead walks, Digby left his scent over the top – she was ‘his bitch’ exclaimed Ruth, amid much laughter.